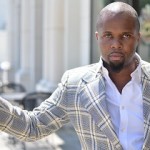 Cupid is signatured around the world for his line dance song Cupid Shuffle.  When you hear “To the Right,” “To the Right” Cupid’s anthem everyone make their way to the dance floor.  Cupid has returned with a new album titled Dance Fever. The new album has a line dance song for all you line dance addicts, titled Swagger Line Dance.  More importantly this album offers more of Cupid’s vocal ability with songs like Celebrate Life, High School Prom and Cell phone Blues.  Dance Fever brings back party music flow.  The album is receiving rave reviews, you can download the album from iTunes and Amazon.  I had the pleasure of interviewing Cupid regarding his new project and his love for good music.

END_OF_DOCUMENT_TOKEN_TO_BE_REPLACED

THE SHOW YOU LOVE, HATE & WATCH

In media there is a saying if the wheel is not broke don’t try to reinvent a new one. Since  television begin somewhere, its purpose and plan has not changed. Their programming methods are to keep us watching. Providing viewers with unique entertainment to say the least. It has been a long time coming  before we would see so many African Americans on television.  Some say it’s because we have an African American President.  Well, that could be and we shall see when he leaves office.  No matter the reason, for most of us it is an exciting time to see people of color in both film and television. I normally stick to reporting on Key Players only.  Simply because Key Players have understanding and I don’t have to beat around the bush asking “industry standard question” and receive boring “ industry standard responses.”  However, I thought it necessary to place a voice to FOX’s new television series EMPIRE. Especially, after reading all the similar reviews and public relation promotion about the show. I have been in the company of both lead actors Lucious Lyon (Terrence Howard) and Cookie Lyon (Taraji P. Henson).  Considering this fact, we will bend our rule. However, no handouts they are not official Key Players. So, this is just me talking to you about television shenanigans.