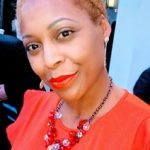 Chief Executive Officer LaQuina Quana/Q Fladger of YQ Dreams Entertainment resides in Somerset, NJ. CEO Fladger dreamed of having an event that would inspire, motivate and empower young girls to hurdle over the challenges of depression. The thought of creating a platform for individuals to express themselves creatively through the art of music, poetry and dance was a powerful vision. On March 2nd 2019 you can join Quana for Q’s Dolls For Daughters 3:00 p.m. to 7:00 p.m. at the Holmes Marshall Fire Company 5300 Deborah Drive, Piscataway, NJ 08854.  The event is designed to be very festive and informative. It is very important that we address our youth regarding bullying, depression and mental illness. Currently the rate of suicide among our youth have increased substantially.  Quana is doing her part in making a difference and we should help.

END_OF_DOCUMENT_TOKEN_TO_BE_REPLACED

The Writing Is On The Wall 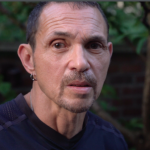 AL DÍAZ is best known for his friendship with Jean-Michel Basquiat and collaboration on SAMO© a well-known graffiti project appearing in lower Manhattan from 1978 to 1980.  Al Díaz’s career spans five decades. Born and raised Puerto Rican in New York City, he was known by age 15 as a prolific and influential, first-generation subway graffiti artist. During the early 70s, his popular and recognized name was BOMB-1. Currently, Díaz works with WET PAINT and other signage used throughout the NYC MTA subway system. After cutting out individual letters to create clever-sounding, surreal and poignant anagrams, he hangs the finished messages in City subway stations.  In 2018, Díaz authored SAMO© 1978, a book meant to clarify, elaborate and illustrate the history and meaning behind the historical SAMO© writings.