RIDING THE WAVE OF SUCCESS 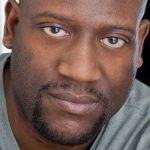 Tomike Ogugua (Toe-mee-kay) is a Nigerian American, award winning stage and screen actor, model and humanitarian. He can be seen in the feature film Caviar to be released in 2020. Tomike Ogugua a familiar face on Starz hit series Power as Marshal Macedon, playing opposite Omari Hardwick and Joseph Sikora. In addition, a guest on CBS critically-acclaimed Blue Bloods and more. Tomike Ogugua has an extensive theatre background and acting career that spans over two decades. Beginning at North Carolina A&T State University theatre program, where he earned his Bachelor of Fine Arts. Tomike Ogugua spoke with me about being an actor and landing acting roles.  Tomike Ogugua is making the most of his career as an actor. He is moving forward with modeling, voice overs and giving back to the community.

END_OF_DOCUMENT_TOKEN_TO_BE_REPLACED

Nat Robinson CEO/President of First Priority Music relaunched the F.P.M. label. Now known as First Priority Media.  F.P.M. goals are to work hands-on through an artist development program. Create a legitimate social media footprint for each artist, while keeping them connected with their fan base. Nat Robinson is known for signing artists such as Audio Two with their anthem Top Billing, which continues to generate revenue today. Mc Lyte, their first female hip-hop artist to perform at Carnegie Hall. Eamon who had a number one hit worldwide. Nat Robinson is known for helping recording artists reach their goal.  Yes, there is success as an independent artist. So why sign with a label? Well, there are other important principles to add if you want legacy.