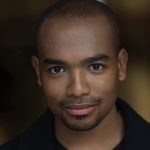 Wyatt G. Maker is an actor, comedian, filmmaker and cinematographer.  Known for creating entertainment that will capture you emotionally, inform and entertain. Wyatt knew at an early age that filmmaking and acting were in his cards. He would watch films on repeat and looked forward to going to the movies with his dad.  Wyatt would take note on how actors performed, the storyline and all the bells and whistles of how the film looked and felt. He set out to attend LaGuardia High School of Music & Arts in New York which specializes in teaching visual and performing arts.  There he took part in school plays and even wrote a few. He joined a youth media program where he was able to branch out and create his first documentary Holding Up about gun violence and what it does to the family.  Which was entered into the Tribeca Film Festival.  Wyatt G. Maker has gone on to work on various sets as a cinematographer for example ABC For Life, NBC Saturday Night Live and Tom and Jerry Animation and still manages to get his acting and comedy in. END_OF_DOCUMENT_TOKEN_TO_BE_REPLACED