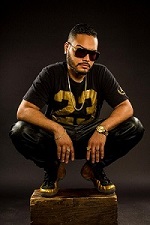 Okay Beatz is not limited to one sound.  They create beats for hip-hop, R&B, Christian, Latino and more. Making Okay Beatz the go to studio when you want a created sound to fit your vibe.  I had the pleasure of speaking with Kevin King Supreme and he is the real deal. Okay Beatz are creating charting hits, I am sure you will hear his name in the circle of top producers, songwriters and more. You are going to enjoy what Kevin has to say about the production process, getting on tour with an artist and how important it is to have the right equipment.  Welcome our KeyPlayer Kevin Reyes (a.k.a Kevin King Supreme).  You can connect with Kevin on Instagram at @OkayBeatz and on his website at https://www.okaybeatz.com/about-us.html.  Enjoy PUSH PLAY