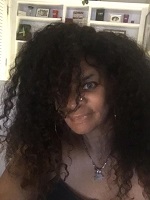 Think about the world you want to live in and then create it. Well that is what Music Maven Caryl Q did.  In the 80’s she decided the music business was where her heart belong.  Participating in an internship and working her way up to an executive assistant proved she had what it took. Connecting and networking with the who’s who in the industry, it was just a matter of time before Caryl Q launched her own public relations company.  Understanding the core of business and how the wheel turns. Caryl Q was able to offer keys to success for each client and company she worked with.  Caryl Q has worked with most major recording labels and industry talents such as Sting, Diddy, Busta, Def Leppard, Akon, Shabba Ranks, L.L. Cool J, Salt & Pepper, 50 Cent and one of her favorites still today Darnell Jones.

END_OF_DOCUMENT_TOKEN_TO_BE_REPLACED

Mark McLean A Dynamic Musician On The Drums 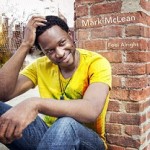 Mark McLean’s recently released album, FEEL ALRIGHT is a triumphant work that is being welcomed by music enthusiasts regardless of genre preferences. It effectively features seven artists lending their skillful vocals on a myriad of styles from Soul, Blues/Funk, Pop/Rock, to Jazz both Cool & New Orleans-hot.  The singers, musicians – the entire ensemble, with multi-talented Mark McLean at the helm, adroitly break all the rules on FEEL ALRIGHT with 11 eclectic tracks, each one a stand-alone success.

Mark has been quoted as saying: “I don’t want to be seen as a drummer, I want to be known as a musician whose instrument just happens to be drums”.