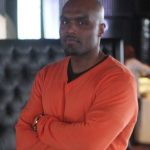 Mr. Ajaye’ Brewington is one of New York’s own champions. He has conquered the concrete jungle in the areas of fashion, film and fitness.  A very tough feat for those bold enough to admit it. Thirteen years and still going strong with new projects on the rise. His latest project schedule to be release in March is titled HOME: The Film. HOME: The Film is a winner of fourteen International Film Festival Awards.  Nominee for NAACP Image Award for Outstanding Direction. Ajaye’ Brewington is exceptionally delighted that the film is finally being made available on DVD. Ajaye’ Brewington says it was a great opportunity to work with such a great cast and Gbenga Akinnagbe is great in Jono Oliver’s debut. Ajaye’ Brewington is not knew to the entertainment industry and continues to reinvent himself to remain relevant in a transitional career set. He jokes about it by stating One minute you are hot and the next minute people are like what happen to him.  Ajaye’ Brewington took time out of his busy schedule to let us know the truth about being consistent and paid, in a field where  so many give up trying. His testimony will surely bless you especially,  if you ever considered acting.

END_OF_DOCUMENT_TOKEN_TO_BE_REPLACED 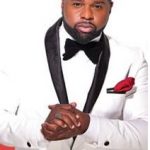 Mr. Devon Baker is an amazing testimony of when the Lord calls you answer. Even when you don’t want to. After singing background for a host of well known gospel recording artists, a career opening pushed him into a solo male gospel recording artist category. Now unaccompanied by a stage of many, Devon Baker has made his way center stage.  Devon Baker’s commanding tenor is his gift from God and his gift has now made room for him. He has received many accolades from his cohorts in the gospel community such as Bishop Paul Morton, Israel Houghton and Darwin Hobbs. Also, he played a major role in gospel recording artist and songwriter Ted Winn’s music ministry. Sometimes people can get comfortable just being in a place where they are supposed to be temporary. Devon Baker had to learn in spite of his comfort, to whom much is given much more is required.

END_OF_DOCUMENT_TOKEN_TO_BE_REPLACED 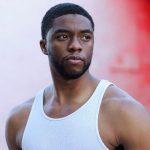 There is another exceptional actor on the rise his name is Chadwick Boseman. Chadwick Boseman  is an actor, playwright, and screenwriter who graduated from Howard University and the British American Dramatic Academy at Oxford.  Although he is not new to film or television most may remember his role as Jackie Robinson in the 2013 film 42.

Recently, talks have been that Boseman will hit the big screen again. In another iconic role of the late Godfather of Soul a.k.a Mr. Dynamite, legendary Mr. James Brown. Chadwick Boseman portrays Mr. brown in the film Get On Up which is currently shooting in Mississippi. Before passing in 2006, the project had Mr. James Brown involved behind the scenes, so we should await an accurate portrayal of his life. With the awesome award winning and nominating performance Chadwick Boseman gave in 42. I am confident that he will be able to fulfill the expectation for such a legend as James Brown.