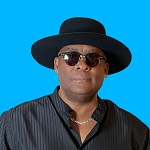 END_OF_DOCUMENT_TOKEN_TO_BE_REPLACED

Pastor David Wright is the third of five sons of Gospel legend Rev. Timothy Wright and Evangelist Betty Wright. Pastor David Wright began his ministry at the tender age of 16.  He began playing the organ with no classical training or conventional lessons, it came to him by way of the  anointing of God, after a 3-day shut-in with prayer.  Many have enjoyed his musical projects such as Clap Your Hands, I Will Live, Our God Reigns, Mighty Long Way, Through It All, God Has Been So Good and now we can enjoy his new project Miracles.  Pastor David Wright is an accomplished musician, producer, songwriter and choir director. Paying it forward, he teaches musician workshops around the country for the next generation.  Pastor Wright’s Godfather Records is an established gospel music record label.  The label was envisioned by The Godfather of Gospel, Rev. Timothy Wright.  Godfather Records is a home for artists whose focus is on ministry of music and not popularity.  Pastor David Wright & New York Fellowship Mass Choir new project Miracles is available on all digital platforms.

END_OF_DOCUMENT_TOKEN_TO_BE_REPLACED

Shaleia Jamerson is the Founder/CEO of fashion brand Gnarly Casual. Gnarly Casual  is an optimistic streetwear brand emerging into the fashion industry. Gnarly Casual purpose is to offer high-quality clothing at an affordable price.  Shaleia Jamerson is quickly gaining recognition as a young fashion designer making her mark. Gnarly Casual is joining the fast track of millennial entrepreneurs. Using the internet to proliferate her brand, Shaleia is wasting no time getting many familiar with her vibrant fun collection.  Gnarly Casual launched in June of 2021 and is leaving a trail of Gnarly Casual shirts, shorts and hats in the path of many customers wherever she goes. Creating her space here in New York by way of Maryland, Shaleia has quickly established Gnarly Fashion in New York.  Proceeds from every purchase goes towards sending a high-school student abroad to study.  So make sure you buy a hat, t-shirt or shorts, to pay it forward.

END_OF_DOCUMENT_TOKEN_TO_BE_REPLACED

Scleroderma Advocate For A Cure

Temeka Nelson also known as Meka is diagnosed with a rare disease Scleroderma. She is an advocate, speaker and podcaster for creating awareness and raising funds to help find a cure for Scleroderma. On June 20th 2pm to 7pm, It Couda Been Worse organization will have their first Skate For A Cure Event in Harlem, on 106st between 3rd and Lexington avenue. Scleroderma is a rare autoimmune disease characterized by abnormal connective tissue growth which can harden the skin. It can compromise everything from the heart, lungs, teeth, speech and body movement. Meka is an example of turning lemons into lemonade. Celebrities can receive endorsements and invite their wealthy friends to pay $1,000 for a plate. We are asking that you come out and donate $20 for a cause that is not mentioned on your news channels.  Not everybody who is battling in their body can muster up the strength to help others.  Urban Buzz Magazine is asking that you come on Sunday June 20th. It Couda Been Worse, slogan T-Shirts is a testament for all who have survived a matter not in their control.

END_OF_DOCUMENT_TOKEN_TO_BE_REPLACED

JUNETEENTH IS COMING TO HARLEM 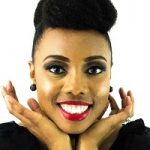 Mrs. Shéquanda (Shea) Long is known for her culmination of creative events. A graduate of the University at Buffalo, Shéquanda Long served as Event Coordinator to the Black Student Union (BSU), where she helped to service roughly 5000 student members of color. She was responsible for overseeing and tending to the logistical details of over a dozen annual events. Raised in Harlem, NY Shéquanda Long was born a leader and an innovator. Shea is known for her commitment to improve progress in low-income communities. She is the proud owner of Kidz Day Care, author of a children’s book Rain, Rain, Go Away!  And the first to launch Juneteenth Freedom Fest NYC, (JFFNYC). Although, there is talk of fewer restrictions for events. Shea and her team have decided to have a week-long Juneteenth virtual festival online sponsored by Lunchtable June 13th to 18th and a block party on June 19th in Harlem, 12pm to 6pm,129th street between 7th and 8th avenue.

END_OF_DOCUMENT_TOKEN_TO_BE_REPLACED

Pray For Your Son Debut 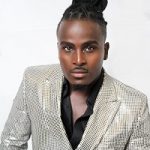 Jeverson Ramirez is from the wonderful island of Grenada.  He is forging ahead making his gospel debut single Pray For Your Son an anthem for the nations. The song Pray For Your Son is receiving positive recognition.  Jeverson joined Grenada’s Presentation Brothers College Choir to remix his song.  The song was birthed from an outcry from George Floyd’s murder. In the midst of a pandemic and constant abuse of black men being abused and killed by police officers seems to be a trend that is very disheartening. Jeverson never thought he would be a solo artist. For the most part he sang as a group member or in a choir. He tried to sing solo but he was strongly criticized for his voice not being “strong enough.”  Although many doubted his ability, God did not. He would soon become a solo artist with two hit singles, Pray For Your Son and Move. Quickly making his voice heard all over the world from Grenada.

END_OF_DOCUMENT_TOKEN_TO_BE_REPLACED 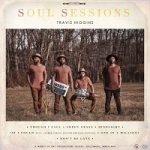 Travis Higgins is a musician, recording artist and songwriter. He is no stranger to soul and inspirational music.  Born the son of a pastor, Higgins grew up in his father’s church. The drums were his first introduction to musicianship. Later, he transitioned to piano and organ. When he got hit with the music bug it was not gospel music.  He enjoyed hip-hop and secular music and even played for a few well-known artists.  Travis Higgins credits his mother for training his musical ear by listening to gospel greats like Walter Hawkins, the Winans, Rance Allen, and other soulful gospel recordings. Her secular playlist included sounds of Stevie Wonder, Marvin Gaye and the Jackson 5 to name a few. Travis Higgins was unknowingly becoming a student of soul music.  Which can be heard on his debut project Soul Session Vol. 1.  Soul Session Vol.1 is a breath of fresh air for those missing good soul music.