The Business Model That Works B-TRIP 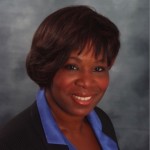 Jeanique Riche-Druses, Business Professional and Entrepreneurial Educator, is the founder of The EIgnite Group.  On Saturday March 19th 2016, Jeanique Riche will head up B-TRIP Live! Which is a ONE-DAY business boot-camp @YWCA (Meeting Room), 30 3rd Ave, Brooklyn you can still register  (http://www.eignitegroup.com) . If you have ever wanted to start a business this is where you should be.  B-TRIP Live! will provide you with a business model on how to make money, market and promote your business.   The one day boot-camp is designed to provide you with  information, feedback and the tools you will need to accelerate your business growth.  A Wharton Business School Graduate, with a dual degree in Marketing and Entrepreneurial Management, Riche has held various executive positions within fortune 500 companies.  Today, Jeanique Riche is paying it forward, as she train and prepare the next generation of top executives. I had the pleasure of speaking with our Key Player Jeanique Riche regarding  Entrepreneurial Management.

END_OF_DOCUMENT_TOKEN_TO_BE_REPLACED 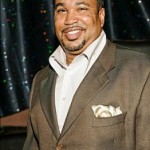 END_OF_DOCUMENT_TOKEN_TO_BE_REPLACED

Welcome to “B” School For Performing Artists 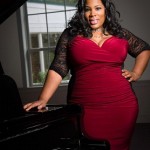 Bri cooper, welcome to “B” School for performing artists.  This series will include information that will help you to become more business savvy when it comes to your business as a performing artists. I have over 20 years’ experience in the field of music as an opera singer. I earned my M.B.A. with a concentration in International Business, as well as a specialization from Northwestern University in Social Media Management. I have always been a multi-passionate person and knew that understanding the inner workings of creating a business and livelihood that you love within the industry is important. If you are wondering about the” B” – it represents so many things Be, Business, Bridgette and yes I think of myself as (flaws and all) the Queen Bee. So enough about me, let’s get to you.
END_OF_DOCUMENT_TOKEN_TO_BE_REPLACED