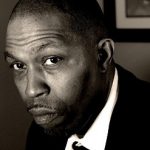 Prentiss “PL Sweets” Thompson is a quintessential businessman expanding his empire in entertainment. Prentiss “PL Sweets” Thompson born and raised in Harlem, NY, is a Dj, music producer, musician, engineer, writer, filmmaker, director and CEO.  He operates Godspeed Entertainment, Building 200 Films and Metro Podcast Studio with his team. He has worked with a host of well-known recording artists across various genres. Despite all his great accomplishments seeing his film I.C.U. on the big screen is a dream come true. Thompson is happy to announce his film directorial debut, I.C.U. The official screening will be held 12pm September 7th 2019 at CityPlex 12 Theater Screen 4, 360-394 Springfield Ave, Newark, NJ. I had the pleasure of speaking to PL Sweets about his music and film making career.

END_OF_DOCUMENT_TOKEN_TO_BE_REPLACED

T Money a pioneer in our hip-hop community has developed his own promotion, management and marketing company titled T450 Style & Launch. T Money brings a wealth of experience across all aspects of marketing. Including strategies for touring, events, social media and films for brand positioning. There are many ways to market and promote your goods, products and services. To be effective in marketing, you must have a strategy which compliment your brand. T450 Style & Launch, offer clients hands-on advice and promotional options.

END_OF_DOCUMENT_TOKEN_TO_BE_REPLACED

W.A.P.W IS MAKING A DIFFERENCE 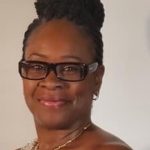 Ms. Sherneice Gatewood is the CEO of We Are Phenomenal Women (W.A.P.W) which launched in 2015.  Ms. Sherneice Gatewood earned her Bachelor in Human Services, from Touro College. She is Oasas certified in Intimate Partner Violence and Domestic Violence. W.A.P.W is a nonprofit 501(c)3 organization committed to advocating for all abused persons of Domestic Violence. W.A.P.W is a group of diverse women who are survivors of Domestic Violence. Now advocates who share their stories of coping skills and victories of overcoming their abuser(s). W.A.P.W free groups are held in a safe space environment of healing, trust and love.