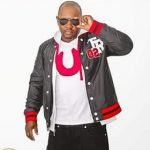 Pop Da Brown Hornet (The Brown Bomber)  is a hip-hop enthusiast, writer and performer from Staten Island. Known for notable songs and projects like The Underground Emperor. Brown Hornet has returned with his current release Foreman Mandela. This is his second solo project. In 2017 he released The Emperor and The King with recording artist King Just. A Pioneer figure from Staten Island, Brown Hornet’s reputation for classic hip-hop remains in tact. Maintaining a lyrical mastery as his predecessors such as KRS 1, Kool G Rap, Big Daddy Kane and Rakim. Formerly a MCA Records recording artist, Brown Hornet rises up out of the clutter of rappers to take his rightful place.