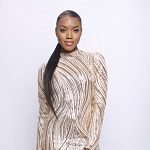 Ariel Fitz Patrick, singer, songwriter and actress, is a woman of faith who has impacted the Christian culture on social media.  From an early age, Ariel Fitz enjoyed singing, whether in church or doing covers. Based in Montreal Canada, influenced by her Christian upbringing, Ariel’s inspirational messages have become her signature.  Her new debut single titled Something Special is already creating a buzz on radio and social media.  Something Special is a contemporary gospel song written by Ariel Fitz Patrick.  The most significant aspect of Ariel’s style is her ability to allow God to use her unapologetically.  Something Special is a song of being grateful in spite of what is going on in the world.  Ariel Fitz Patrick has joined the company of Johnathan McReyonalds, Tasha Cobbs Leanord and Kierra Sheard Kelly.

END_OF_DOCUMENT_TOKEN_TO_BE_REPLACED 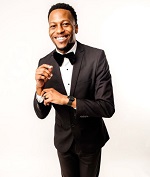 Charles Clark is a respected minister of song from North Carolina. Spreading encouragement through songs like Champion, Forever Always and I Am combining scripture with song.  He is credited for reminding us of the goodness of the Lord. His new release You Are stays with Charles’ theme of putting God in His rightful place. He is a musical disciple.  His songs are guaranteed to usher you into the presence of God.  Charles Clark’s professional recording career began as a background vocalist for some of gospel’s greats.  He stepped out in 2013 to pursue his solo career and we are glad about it.  Each song exhorts the identity of Christ while ministering to the audience.  With a classic Kingdom sound of gospel, praise, and worship, Charles inevitably has an anointed sound that shifts the atmosphere, inspiring every listener to join in with a confident declaration that God is good.