Do To Others Whatever You Would Like Them To Do To You. This Is The Essence Of All That Is Taught In The Law And The Prophets (Mat. 12:7 NLT) 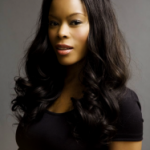 Golden RULE Brooks of Hollywood Divas, my new name for her, is not one to make an example of on reality television. Golden RULE Brooks  reality is about making a difference and being an example.  The tea is Golden Brooks truth rules, not only on television but in her day to day. She is passionate about life and living it to its fullest potential. Golden Brooks is flawed admittedly and yet diligent in her pursuit of happiness. Very transparent in her accomplishments and what it takes to really make dreams come true.  We all have our opinions about realty television and how it portray such negative images.   I can agree it is not pretty to watch but it is someone’s reality. However, after watching a few episodes for work. I realized that Golden’s reality and opinions make sense. At the end of the day Golden is a professional actress doing business as usual.  It was a delight to speak with our new Key Player, Golden RULE Brooks. I honestly believe our conversation was better than reunion 7/8. Simply, we are Where Key Players Speak! the home where you can just be your best you.

END_OF_DOCUMENT_TOKEN_TO_BE_REPLACED 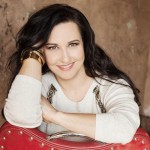