His album “The Fonk Record” and single “Tha Bomb”  are currently charting on various radio stations in the US and abroad creating a buzz.  As an independent recording artist, having weekly radio rotation is a great accomplishment.  Robert Harper’s longevity in the music business has prepared him for such a time as this.  He understands what is required to get his music on the market.  As an independent artist, he has had a crash course on what works and what doesn’t work.  His hard work and consistency has earned him many endorsements from various music equipment manufacturers.  Robert Harper has secured his place as a much sought after bass player.  The Bomb will please your ears with bass lines and grooves, and a mean horn section.  A new video will be released in October for his single “Tha Bomb” with a host of surprise guests.  Make sure you look out for it. Welcome our new KeyPlayer Robert Harper.  Tune in and learn about trailblazers and unsung bassists. We reminisced over some bass grooves by Taste of Honey, Jones Girls and O’Jays, if you can remember. Connect with Robert Harper through his website at: https://www.RobertHarperBass.com PUSH PLAY 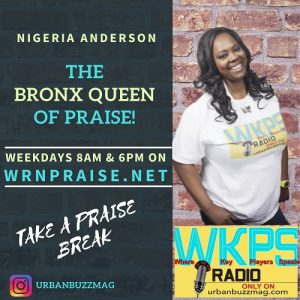