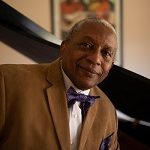 James V. Cockerham is a treasured music industry personality notable across the entertainment spectrum as a playwright, African-American music  composer of orchestra, classical and film scores. He is a master musician, songwriter, author, recording artist and producer. All the layers we enjoy when introducing a Key Players.  James V. Cockerham has a diverse portfolio, it’s no surprise that his arrangement of Lift Every Voice and Sing will be performed in April 2022 in Carnegie Hall. By the very first all Black Classical Ensemble, a first in the 134 year history of Carnegie Hall.  Recently, James released a full CD project entitled Looking, with social-consciousness lyrics drawing attention to the many social and political issues we are facing today.  Collaborations on the project include well known and rising artists in several genres in making this album diverse, which include jazz, blues, rap, hip-hop and Gospel.  James V. Cockerham has earned the right to write his own music and he does it well.  Especially in symphony music as one of our great composers.

James V. Cockerham’s family could not afford piano lessons, so he borrowed music books from his cousins and taught himself how to read music and he learned to play the keyboard by ear.  James V. Cockerham began his formal musical training in the third grade and by the seventh grade he directed his first choir.  Look at God.  Forty years later, James returned to school and received a Master’s Certificate in Orchestration for Film and TV from Berklee College of Music in Boston at the young age of Sixty-five.  Looking is the beginning of a partnership of a newly formed record label Dirty Glasses, LLC with his son Brian Cockerham and Ethan Gouldbourne, who are established musicians and producers in their own right.  How awesome is that?  Join our conversation about the endless career of James V. Cockerham mixing the old with the new.  Welcome our new Keyplayer James V. Cockerham  spanning over four decades he has recorded six albums, four CDs and written four musical stage productions, receiving many awards and accolades.  We salute a living legend James V. Cockerham.  Tune in to find out the relationship he built with Talib Kweli.  You can connect with James V. Cockerham on (Facebook, IG and Twitter) @brocockerham and don’t forget to subscribe to his YouTube Channel Basiccoc. PUSH PLAY 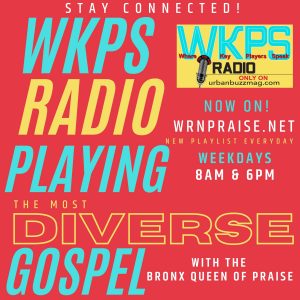