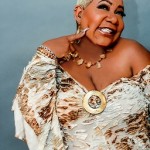 The popular Bad Girl of Comedy, LUENELL, will receive the Moms Mabley Legacy Honor at the 1st Annual LOL Comedy Honors August 24th 2017. This is her Grammy Award, Oscar with a humble Thank You to be acknowledged by her peers. Being a female comedian is no easy feat but LUENELL has managed to wedge her way into a laughter spot of recognition.  LUENELL is a producer, writer, and go getter in the field of comedy. She posed a question during our interview which was very interesting. She asked me to name my top 10 comedians. When you hear why it will blow your mind.  I don’t want to give away our interview because it was honest, funny and true.  You have to listen.

I have to applaud LUENELL for her transparency.  Being she is a comedian, I know you can imagine our conversation. However, she gave kudos to her girls Laura Hayes, Hope Flood, Wanda Sykes, Adele Givens, Mo’nique, Sommore, Issa Rae, Ava Duvernay and so many more including Roseanne Barr.  You have seen LUENELL in films, tv and stages across our States. She has toured with Katt Williams and launched her own  tour Easily Annoyed Comedy Tour. (see dates at heyluenell.com)

Something you may not have known about LUENELL, she is very passionate about her craft.  Comedy is not just another gig, this is her passion to make you laugh. In our interview she expresses not everyone can do comedy. LUENELL also speaks candidly about the disparity between female and male comics, a real exclusive for our viewers. Welcome our new Key Player LUENELL her message stop being so programed, a must listen so click and hear how a real keyplayer speaks. Just Press