According to The Coalition for the Homeless, in May 2022, there were 49,347 homeless people, including 15,432 homeless children, sleeping each night in New York City’s main municipal shelter system.  A near-record 18, 863 single adults slept in shelters each night in May 2022.  It is reported that the primary cause of homelessness, particularly among families, is lack of affordable housing, eviction, domestic violence, job loss and hazardous housing conditions.  The American Immigrants documentary tells the truth about 2 homeless persons’ experiences.  The median rents in the Miami metro area shot up 50%.  The highest increase in the country.  Miami’s homeless population is estimated to be about 1,000 currently.  There is a way to survive if you find yourself in this unfortunate situation.  The American Immigrants documentary will address the horror stories but there are some compelling moments of overcoming the struggle.  Yousuf Ali White, who went through the steps of shelter life, shines a real light on the situation.  He has some words of wisdom and encouragement.  Today he is his working and has his own apartment.  Find out how he did it.  Welcome our new KeyPlayer Yousuf Ali White.  You can connect with him on IG @Yousuf41  PUSH PLAY 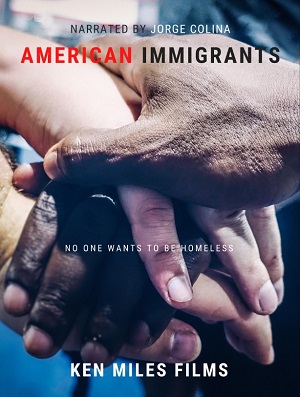