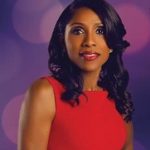 Recently, Dr. Jackie Walters has taking a role of a lifetime. She is the Founder of 50 Shades of Pink Foundation, advocating for breast cancer awareness. Dr. Walters understands the peaks and valleys of not only playing a part in caring for a patient but becoming a patient. Dr. Jackie Walters is very transparent regarding her healing process in our interview. In addition to being on a reality show, her real reality is no match. She takes us behind the scenes to discuss her faith, love, fight and new assignment regarding 50 Shades of Pink Foundation. The foundation will be holding a very special event August 31st. 2pm to 5pm at 1431 Old Salem Road, Conyers, GA 30013. Please if you can support this event. I ask that you make it.

We all know someone or heard of someone who has won or lost their battle to cancer. However, while we still have breath lets give to an organization we can believe in and know their work is actually helping others. We often give to a charitable organization because of commercials or celebrity attachment who never personally went through. Let’s begin to examine the organizations we are choosing to support. Let’s start as a community most affected by cancer with supporting a community whose heart and desire is to really serve. Cancer does not discriminate so the call is to all to participate in comforting one another.

Dr. Jackie Walters is a Key Player with knowledge and wisdom to share. For more information http://www.50shadesofpinkfoundation.org/about_us.html