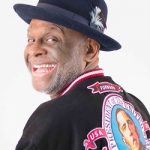 Michael Colyar is an actor, comedian, author and host of The Michael Colyar Morning Show.  Michael Colyar moved from stand-up comedian to star in film and television and now producing his own shows. Currently Michael Colyar is playing a lead role in a new BET/BETher project to air on December 16th entitled Holiday Heartbreak.  Michael is featured in over 30 film projects. In Holiday Heartbreak he will play the lead character.  A huge step in moving forward in his film career.  No matter on stage or film Michael Coylar will not let you down. His energy and quick wit will keep you entertained until the end.  He is truly one of the funniest men in comedy captivating audiences all around the world. Today Michael Colyar is one of the hardest working men in the business.  He is the creator and host of The Michael Colyar Morning Show, available on youtube. His show is entertaining, informative and funny.  What I like about his show, the audience participation.  The show is live and interactive, it begins 7am pst.  So make sure you catch it.

Michael Colyar’s other projects include his one man play called Michael Colyar’s Momma’s.  Michael Colyar is a conscious comedian consistent with his craft drawing on his various experiences.  He began performing on Venice Beach where he became known as the King of Venice Beach back in the 80’s.  During our conversation Michael informed me of the comedy he will absolutely not do.  Being seasoned in this business I was able to get a better understanding of what it’s like to work in the field of comedy.  Michael uses his comedy to give back to various communities and organizations to get people to smile and bring joy and laughter into their day.  Michael Colyar is a man of triumph over triumph.  Demonstrating that you can’t hold a good man down.  He is known for his ministry of prayer and philanthropy.  It takes a certain skill set and motivation to do stand-up comedy.  However, Michael Colyar continues to be innovative and authentic in each performance.  We are expecting great things from him in 2021. Michael enjoys making people laugh and he does it well.  Welcome our new KeyPlayer Mr. Michael Colyar. You can connect with him on social media and don’t forget to say Woo Woo Woo when you see him. @michael_colyar or his webpage  https://therealmichaelcolyar.com/ You are going to enjoy this interview.  PUSH PLAY 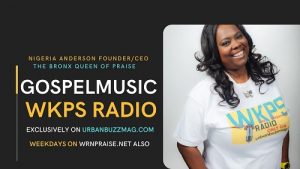